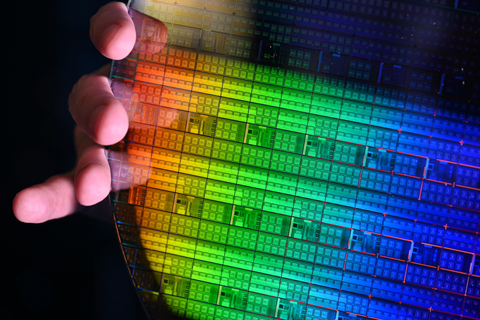 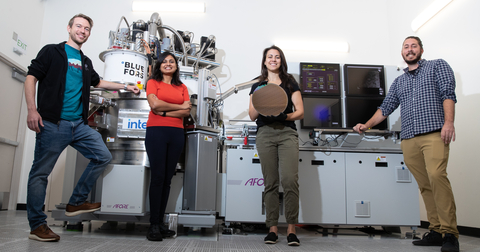 Intel quantum engineers Florian Luthi (from left), Aditi Nethwewala, Stephanie Bojarski and Otto Zietz stand in front of a van-sized tool called a cryoprober, which sits in a lab at Gordon Moore Park at Ronler Acres in Oregon. In the cryoprober’s chamber, 300-millimeter silicon wafers are tested at 1.7 kelvins, just above absolute zero. Bojarski holds one of those 300-millimeter spin qubit wafers. (Credit: Intel Corporation) 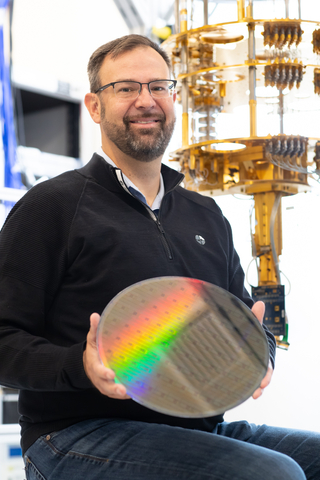 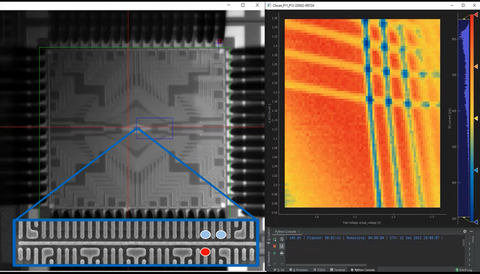 An image from Intel’s cryoprober during automation shows the quantum qubit devices at 1.6 kelvins, where quantum dots can be formed in all 16 locations (four sensors and 12 qubit locations) and tuned to the last (single) electron without requiring engineer input. These results, enabled by intel fabricated device uniformity and repeatability, were collected across the entire wafer. The system is continually operated to generate the largest set of quantum dot device data reported to date. (Credit: Intel Corporation) 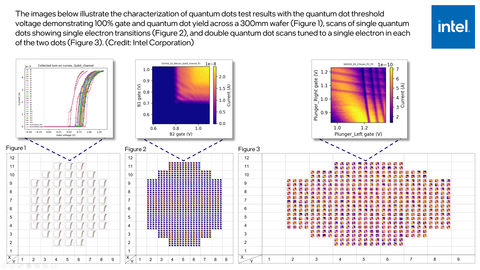 Today’s silicon spin qubits are typically presented on one device, whereas Intel’s research demonstrates success across an entire wafer. Fabricated using extreme ultraviolet (EUV) lithography, the chips show remarkable uniformity, with a 95% yield rate across the wafer. The use of the cryoprober together with robust software automation enabled more than 900 single quantum dots and more than 400 double dots at the last electron,

ZOM STOCK – is Zomedica the future of the Pets?

ZOM STOCK – is Zomedica the future of the Pets?

Welcome to The Finance Headline

Adblocker Detected! Please turn off your adblocker extension app to continue reading the articles/finance news. With your support, The Finance Headline is able to provide free resources.